A city coroner has a secret — he can live FOREVER! What?!? Apparently, the good Dr. Henry Morgan has died hundreds of times, but he comes back to life seconds later naked in a body of water. Other than the coming back to life, the new show really doesn’t offer anything new. Still a procedural (solving the crime of the week), pairing the good looking doctor (which by the way, he looks kind of creepy in the promo pics) with a pretty female detective.

What I like about the show: the detective continues to reel from the loss of her attorney husband (is his death a mystery?) and the supporting characters are not annoying. I’m not a big fan of his Sherlock-ish skill set (something every TV character seems to possess now), but the good-looking doctor has an interesting story to tell, which he does through a series of flashbacks that seem to relate to the current (or present) case. 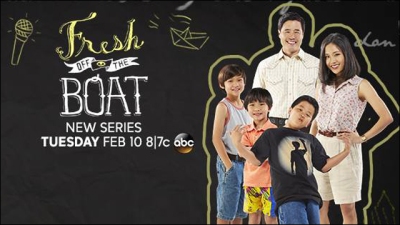 Before I start raving about how much I love “Fresh Off the Boat,” let me rant about the super early advertising campaign that started in DECEMBER! I think the ads started in December — if not December, then January. The new show started in FEBRUARY! FEBRUARY! For more than a month, ABC gifted viewers with repeated short funny clips. I get it, ABC — the show premieres in February and it’s funny. Now, leave me alone. Please.

With that little rant out of the way, I can now rave about the show. Honestly, I’m not a big fan of the oldest kid who narrates — he’s kind of annoying and very self absorbed. However, I love the rest of the family, especially the mom. The two younger brothers are adorable and hilarious, and the parents’ dynamic is relatable and cute. Because the series is set in the early 1990s, I find myself remembering some of the trends, clothes, music, etc. 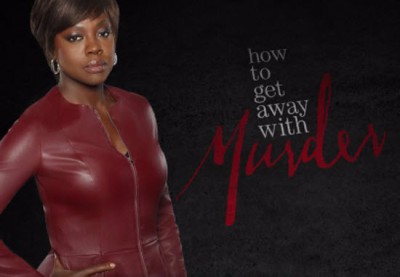 Let me count the ways about how much I love Viola Davis. SHE IS FLIPPIN’ AMAZING! She is absolutely the perfect actress to lead this new series — she kicks ass so much! I love her. To her students, she’s strong, stubborn, smart, and sassy. Inside her personal life, she’s messy, vulnerable, and human. Do you know who else I love? Liza Weil — formerly known as the super-competitive and highly controlling Paris Gellar from Gilmore Girls.

Bonnie Winterbottom is definitely not another Paris Gellar, and I absolutely love watching Liza Weil in action. I’ve missed her so much. Viola, Liza, and the big reveals at the end are the main reasons why I watch and love this show. The students aren’t too impressive, especially Wes, but then again, I didn’t make too many great choices when I was in college. Although I wasn’t blown away by the first season finale, I can’t wait for the show’s second season return! 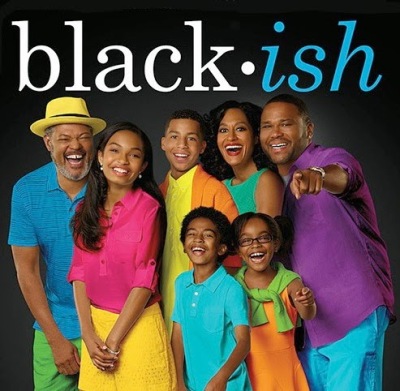 Based on the title alone, I had no interest in Black-ish. Based on some of the promos, I didn’t think the show was funny. I was wrong. So wrong. I watched a few minutes of the show one night while flipping through the channels, and the few minutes were hilarious! HILARIOUS! I don’t even know how to describe how or why the show is funny. It just it. I haven’t seen all the episodes, but I don’t really need to to know the show is hilariously fun.

I was feeling kind of sad one night for some reason, and I told Charlie, “I’m going to watch TV. Stalker will cheer me up.” Yeah, I’m weird — I know. Maggie Q is all the reason you need to watch this show. I love love love her. From her business wardrobe to her perfect hair to her serious demeanor, I love everything about Maggie Q. Although Stalker is another procedural with pretty people running around, the writers tap into the creepy minds of stalkers.

I would definitely die at the hands of a stalker because I would become highly hysterical and wouldn’t know what to do except for crying, screaming, and yelling. My mind would order me to run or maybe even fight back, but my body would probably shut down. However, my mind knows what to do when I’m safely sitting on the couch and yelling at the pretty blonde to run when the stalker is distracted for a few minute or two. Don’t watch! Run!

What I like most about the show: during the last few minutes, a very creepy cover version of an 80’s song will play. “Happy Together” by the Turtles — a normal upbeat and happy song. So happy together! Me and you. You and me. Blah blah blah. “Every Breath You Take” by the Police. “Love is a Battlefield.” “I’ll Be Watching You.” All songs slowed down to a super creepy pace to perfectly fit the last few moments of the show. Not a bad way to spend an hour.

SIDEBAR: Take note of my little advertising rant, CBS. Sorry, but the new CSI show looks a little lame despite my great love for James Van der Beek (the Beek!) and Fat Neil from “Community.” How in the world did you snag Patricia Arquette to headline this crapfest? The show debuted in the beginning of the month, but the ads started sometime in JANUARY! JANUARY! Holy cow, CBS! I get it — the fourth CSI show is in the TV schedule.

When will you stop bleeding the CSI franchise dry? Did you guys learn anything with CSI: Miami or CSI: New York? As much as I love Elisabeth Shue, even the first CSI isn’t that interesting and groundbreaking anymore. CSI: Miami had a nice little run, but now every time I put on my sunglasses, The Who is silently screaming in my ear. And CSI: New York had an even smaller run. So, please stop adding more words after CSI and start creating original shows. Thanks.