DIY: PICTURES OF THE PAST

New photo albums and plenty of pictures have been sitting in two or three totes for years. A couple of years ago, I decided to organize my parents’ photo albums because the pictures were scattered in different places and the photo albums were falling apart. At the time, I covered new photo albums with some cute fabric and organized a good amount of pictures. 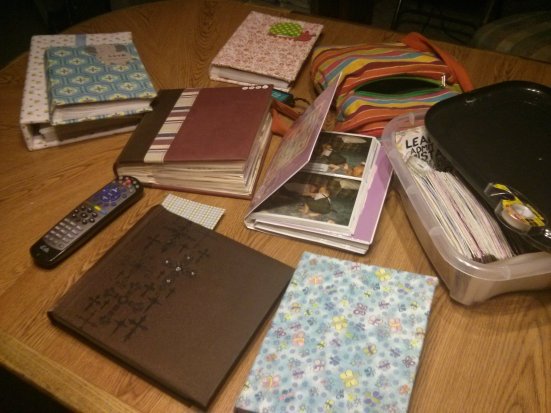 While dog sitting for my dad and my sister a few days ago, I wanted to make a dent in the photo book project. With a huge table in the living room and my dad’s collection of NCIS DVDs, I spent a week organizing pictures, covering more albums with cute fabric, and looking at a ton of old photos. While working on my parents’ photo project, I decided to work on a few of my own albums. 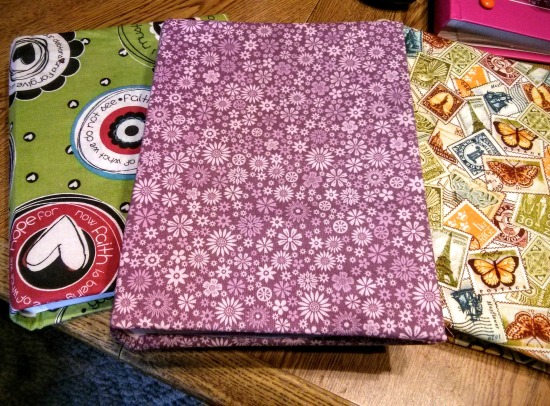 How pretty are these new fabric covered photo albums? So pretty. I was so happy the fabric store started a huge clearance sale when I browsed for super cute fabric. Good photo albums are hard to find these days, and once I find my certain style of a photo album, I grab it. I’ve been covering ugly photo albums for years, and I don’t mind taking extra time to make an album pretty.

My collection of photo albums through 2011 or 2012 because starting with 2013 I switched to digital photo books. Thanks to the two sites I use — Shutterfly and Walgreens Photo — I receive some really good discounts (75% off or free) and never pay full price for a photo book. I use two sites because each site has features I love (i.e. random picture button and great selection of themes). 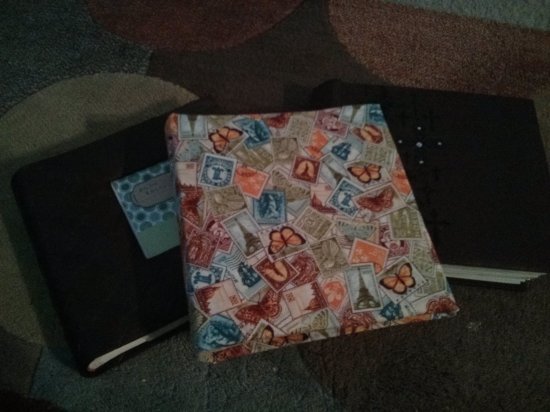 I just fell in love with the fabric on the center photo album and bought a yard, which is more than enough for two albums. After spending a week with three dogs, I made a huge dent in the photo album project and added more pretty albums to my dad’s collections. I also like emptying out one project tote and feel ready to tackle the other two totes (I think). I’m not finished with the project, but I like the huge dent I made.