Just when I think I’ve mastered the game, King of Tokyo, I’m the first one booted from the game. Luck and strategy are the two key components to winning. Either be the last monster standing or be the first to gain 20 points to win the game. 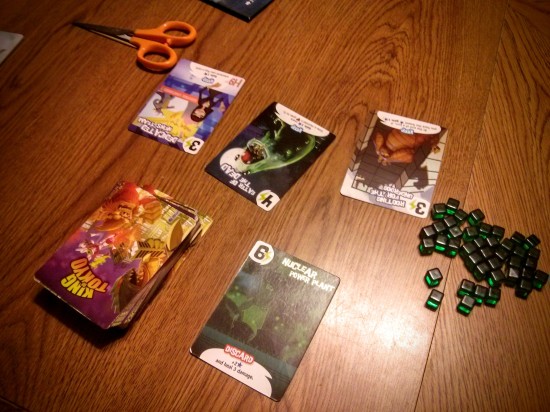 I won’t lie — the game sounds complicated and confusing. Roll the dice. Read the advantage cards. Be King of Tokyo. Collect lightning pieces. Earn points. Lose hearts. You really need to play the game a few times to fully understand everything. 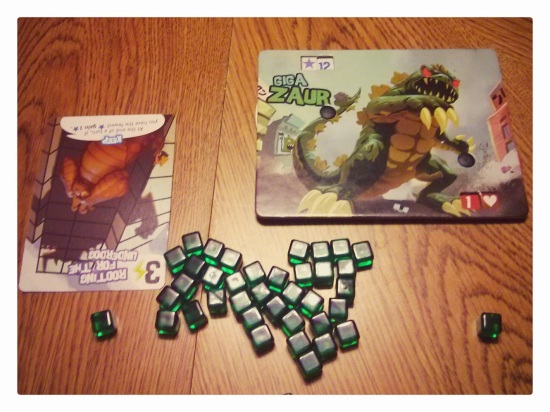 Even when you understand just part of the game, it’s pretty fun to play. Whenever I play with kids, they focus on collecting the lightning squares and picking cards that help players advance — a strategy I don’t use.

Rolling a handful of dice is always fun, but praying for certain dice is highly entertaining. Need a few hearts to beat off death? Need triple numbers for some points? Need some claws to kill someone?

Monsters aren’t normally cute, but how cute is Cyber Bunny? For some reason, the kids call first dibs on Kraken or Meka Dragon. While the rules seem a little daunting at first, King of Tokyo is a fun game to play with kids.