If you can read then you can play Space Fluxx. I’ve played this game enough to know that you will either love this game or you will absolutely hate it. My sister, Kristen, isn’t fond of the game because there are “too many rules.” The game has two basic rules: draw a card and play a card.

Based on any movie or TV show set in space — Star Wars, Star Trek, Lost in Space, etc. — the deck of cards contains an assortment of information. Character cards — known as Keepers — help players win the game. Read the cards because some characters possess a special ability or power.

Action cards tell players what to do. Again, the basic premise is draw a card and play a card, but action cards can slightly change the rules. Action: draw three cards. Action: play two cards. Action: keep a maximum of four cards. 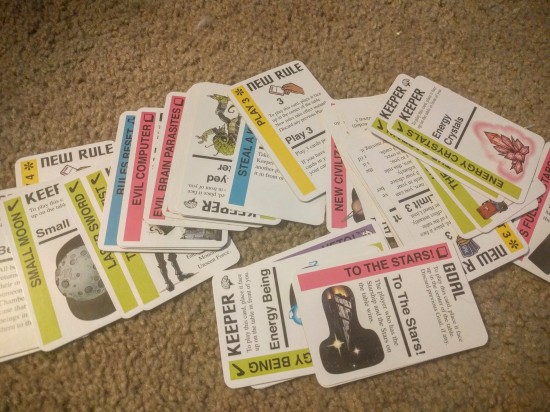 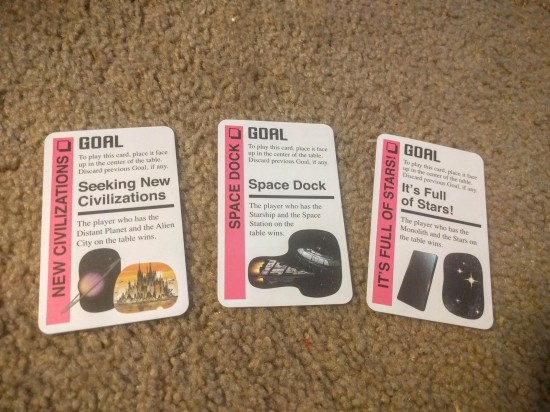 Sometimes the game takes 5 minutes for someone to win and other times it take forever! My best advice? Read the cards because you can use them to your advantage. Take advantage of the Keeper’s special powers. And remember to laugh often and have fun!